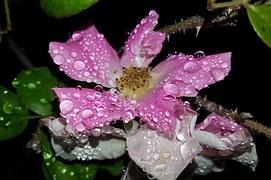 Too often, retirement is portrayed as a feeling. Depicted as a utopian sense of time, during which past actions continually foster positive thoughts and feelings, guiding the retiree through the remainder of life. This philosophy makes for moving and emotionally charged commercials and brochures, but a retiree’s over reliance on feelings instead of actions may not only confuse them during this transition, but also blur their long-awaited plans and goals.

Of course, this is not the only time feelings have been implicated as problematic for clients. As a financial advisor I often warn against the dangers of making “emotional” investment decisions, which often parallel some of the same challenges feelings cause retirees. When it comes to investing for retirement, advisors have an established framework from which to work and follow. We gather data, analyze, implement, and monitor. As a result of these processes and discipline, positive feelings and outcomes generally result over time and through consistency. Therefore, it could be said that successful investing is guided by actions and self-control, not by whims, feelings, or the latest news flash.

If however, investors let their feelings get the best of them, opportunities can be missed, fears can limit their next move, and goals can end-up delayed.  Feelings can not only slow down and muddle the investment process, they can also pollute a person’s retirement. Primarily because there’s no pre-set action plan to follow once you retire, often leaving the door wide open for feelings to get in the way and alter a person’s retirement path.

Initially, freedom from the alarm clock’s ring, a demanding schedule, and those long meetings are usually welcomed and well-deserved. However, let’s not forget the rock from which we are all cut.  We’re human and creatures of habit. Just as grass and flowers wither without water, doing little or nothing can not only create bad habits but also subsequent feelings that aren’t in line with how people expect to feel throughout retirement. Think of it in terms of a honeymoon period, where leisurely optimism turns into boredom and even resentment for no apparent reasons.

The harsh reality is, feelings aren’t always reliable or positive, and can therefore, betray and deceive a client. Without a schedule, identity outside of the workplace, plans to interact with family and friends, as well as a commitment to mental and physical health retirees can quickly find themselves fighting an unexpected battle. A war between long-held retirement plans such as travel, volunteering, or learning a second language and new, less motivating feelings such as “I don’t feel like it” and “Not right now.”

To further complicate things, society enables the notion that retirement is a selfish time; to do what you want, when you want. Add in the financial services industry which tends to falsely project that retirees have 30-40 years to do whatever they want and it’s easy to see why there are growing numbers of retirees dealing with what I call the Dark Side of Retirement and includes things such as depression, addiction, and even suicide.  (You can request a copy of my guide Dark Side of Retirement here:

The role that feelings can play in retirement is an important concept that doesn’t make it into enough retirement planning conversations, and creates a powerful opportunities for retirement coaches to combine services with financial professionals.

Overall, the idea that retirement is not a “feeling” gives new meaning to the term active retirement. Coaches, can make clients more aware of these issues and, ideally, help them create an action plan that continually fosters the right kind of feelings about retirement. If retirees want to create and sustain a happy and meaningful retirement, they can’t dwell on their past lives. They must find alternative means and activities in which to invest their time and resources. They need to work at building a framework of discipline and consistency.

People can no longer just follow their feelings and the accepted social norms to make that transition successful. Some of retirement’s biggest challenges will come from the inside, and that retirement will never feel right unless clients are taking steps to make it that way. It’s all part of the ever-changing retirement puzzle that makes it a journey instead of a destination.

You can learn more about Robert Laura’s programs for coaches at RetirementProject.org or email him at rl@robertlaura.com.